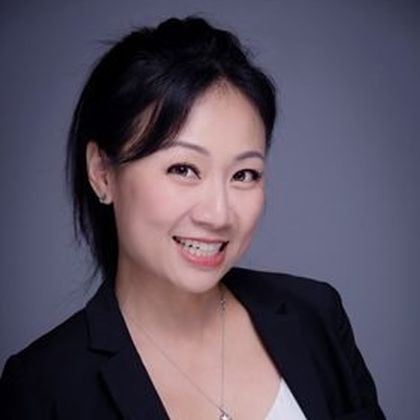 Show Bio
Pency Tsai is a Certified Community Interpreter (ATIO) who has been freelancing as a translator and interpreter for more than 10 years.

Translation formed the building blocks of her interpreting skills and will always be a part of her lifetime learning plan. Her experience in tribunal and court settings as well as conferences has been rewarding but she finds that her true passion is in dealing with people in the community interpreting arena.

The hands-on nature of community interpreting and its wide range of subject matter draws on her skillset every time. The challenge is fulfilling and the genuine gratitude from clients is rewarding. 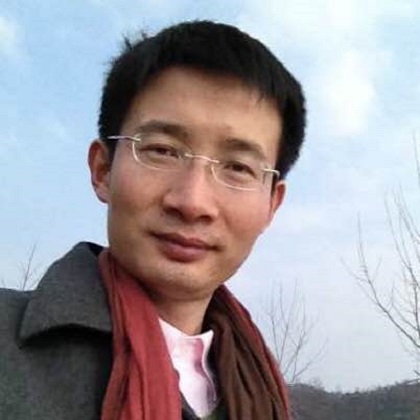 Show Bio
Arthur Wan is a certified translator and a candidate for certification in conference interpretation with ATIO. He has over 15 years of experience working as a translator, interpreter, university teacher, and ESL tutor in Shanghai and in the Greater Toronto Area.

As a passionate lover of languages, literature, and translation, Arthur earned his Ph.D. and M.A. in American literature, and B.A. in English (translation-oriented). Specializing in legal, general, culture and literature translations, Arthur has some of his translations published in China and in the United States of America.

Arthur presently works as a freelance translator, interpreter, and ESL teacher in the GTA. He enjoys running his translation business, tutoring ESL students, and taking care of his young kids.

As Secretary of the ATIO Board of Directors, Arthur Wan will learn from other board members and colleague translators and devote his experience to serving ATIO and advancing the careers of its members. 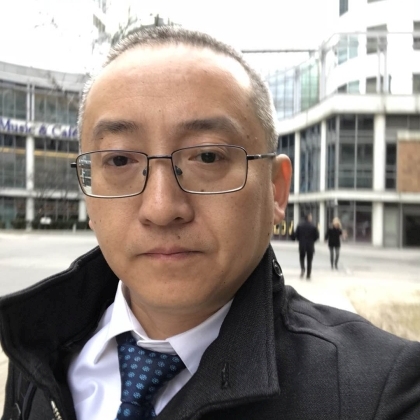 Bing was born in China.  He came to Canada as an immigrant in 2011 and has worked as a linguist most of his career.

Bing has an MA in translation studies.  He enjoys languages, is fascinated by how languages shape the way people think, and has translated and published four books, among others.

Bing is a Certified Translator both ways between English and Chinese and an ATIO Certified Mandarin Court Interpreter. He is also a Mandarin court interpreter fully accredited by the Ministry of the Attorney General (MAG), and is actively working in court, and enjoys bridging the communication gaps.

Bing enjoys pushing linguistic boundaries. He is always excited when losing the “protection of a language barrier” provides for learning and growth opportunities. For him, language is knowledge in disguise.

He derives satisfaction from gardening and reading history. 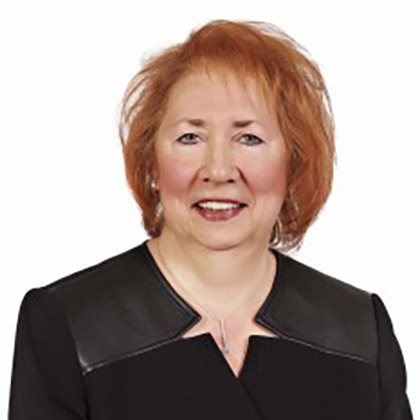 Show Bio
Marielle Godbout has been a Certified Translator (FR-EN) since 2004. Committed to the advancement of the translation profession through academic research, she has presented at international conferences, including FIT, since 2005. Her main research interests are the translation profession and professionalization as well as Canada’s official languages, especially within the context of minority communities. In her MA thesis, Translation in Canada: Occupation or Profession?, she investigated the status of translation as a profession.

She is currently working on her Ph.D. in Translation Studies at the University of Ottawa, where she is exploring professional identity formation and Canadian translators. A freelance translator, Marielle has worked for public, private and not-for-profit sector clients and is currently on contract with one of Canada’s largest unions.

She is also the English-language editor of two books, Mykonos, Theoklitos Triantafyllidis (1908-1977) – pictures, people & places (1920-1976) published in Greece in 2007 and Church of the Annunciation in Alexandria: Renovation & Restoration 2002-2004 published in 2010. An elected school trustee on the Conseil des écoles publiques de l’Est de l’Ontario since 1998, Marielle served on the Board of Directors of the Ontario Public School Boards’ Association for ten years and was a union local executive for three years. She has extensive experience in public administration, especially financial authorities. 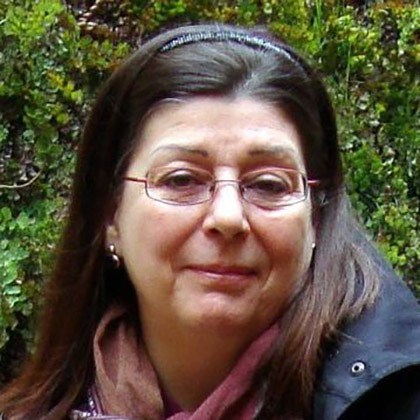 Show Bio
Caroline Napier is a certified conference interpreter with over 30 years of experience in the field. Now based in Toronto, she grew up in Quebec City. Her passion as a communicator led her first to translation, which she studied at the University of Toronto, and later to interpretation. She was accredited as a conference interpreter with the Translation Bureau, Government of Canada, in 1999. She is also a member of the International Association of Conference Interpreters (AIIC). 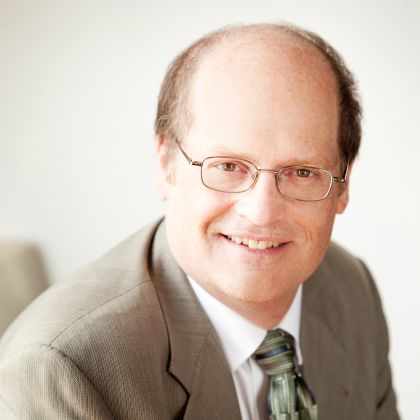 Show Bio
A Quebec native with an honours B.A. in English Literature and a Teaching Certificate, Mark Jessop moved to Ontario in 1989 to start a career in translation after several years working in various industries and education. He spent the first half of his career in the corporate world mostly with retail organizations, notably as head of the RadioShack Translation Department for 10 years, before becoming an independent translator. His expertise in technical translation ranges from health and safety to defence manufacturing, from retail operations to the automotive industry. He received his ATIO certification (EN-FR) in 2015.

As an independent business owner since 2004, Mark understands the issues freelance translators face in running their own business, whether as sole proprietor or as a private corporation, and as part of a worldwide industry. Mark’s aim as Director for Independent Translators is to help assist small linguistic business owners by leveraging membership in the ATIO through networking and other means. 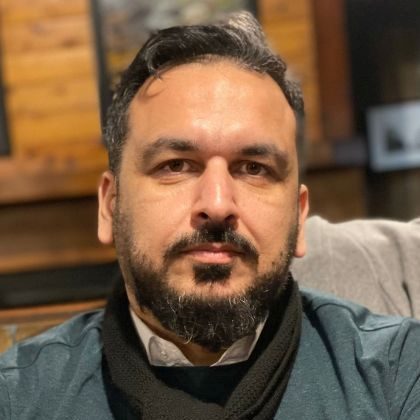 Show Bio
Hazim Hamed is an English to Arabic certified translator and a certified English/Arabic community interpreter with ATIO. His experience spans more than 20 years as a translator and interpreter. Hazim was born in Baghdad, Iraq and came to Canada as a skilled-worker immigrant in the field of translation and linguistics.

He worked for public and private institutions, which enhanced his ability to provide professional interpreting and translation services. He worked for international organizations and agencies such as the United Nations, International Red Cross, and XINHUA News Agency in Beijing. He also worked for the Iraqi Presidency and other government agencies, translating, and interpreting for heads of states and senior government officials. Hazim holds a Ph.D. in Translation, an MA in linguistics, and a BA in English language and literature. He also completed a Master of Business Administration (MBA) at Newcastle University, UK, and a postgraduate diploma at Syracuse University, New York.

As Director of Foreign Languages at ATIO, Hazim hopes to dedicate his experience to serving ATIO and its members. He is willing to work closely with other certified members and candidates for certification who work in foreign languages to have their voices heard at the Board, to tackle their challenges, and support their work so that they get the appreciation and stature they deserve. 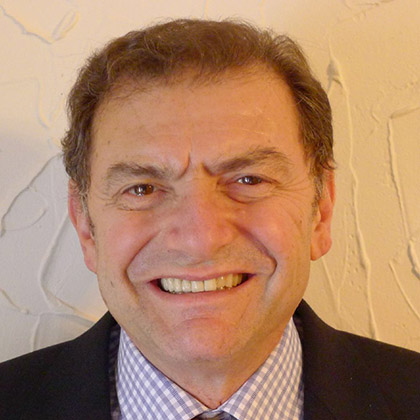 Show Bio
Pasquale (Pat) Capo has worked as a translator and interpreter for over 20 years, specializing in Italian/English and southern Italian dialects. Pat grew up in Sicily, immigrating to Canada as a young man when an earthquake interrupted his studies at the University of Palermo. He then completed his B.A. at the University of Toronto. Pat is also qualified as an accountant. Decades of professional experience in both the private and public sectors have enhanced his ability to provide interpreting and translation services, particularly of a business and legal nature, through his personal company Ital-Comm. Pat is also an avid soccer player and traveller. 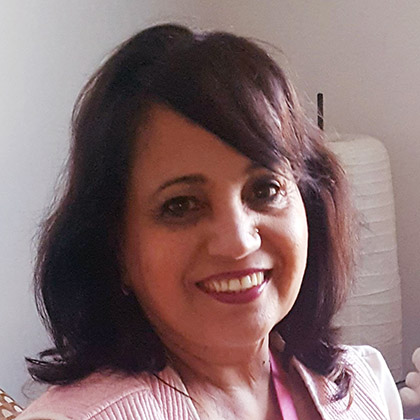 Show Bio
Kawal Kahlon is a Certified Court Interpreter and Certified Translator with both ATIO and STIBC and was the first Community Interpreter to be certified with STIBC. Her 28 years of experience in Punjabi and Hindi translation and interpretation have been diverse and challenging. She has taught in the Court Interpretation Program at the Vancouver Community College, in the Distance education program of the Open Learning University, Burnaby, B. C. and at the Seattle Central Community College, in Seattle, Washington. She also trained community interpreters for Surrey Delta Immigrant Services.  A past President and Public Relations officer of STIBC, she worked towards the recognition of interpreters by various ministries and agencies. In August 1999, she won the CTTIC bid to host the 2002 FIT conference in Vancouver.

She established the Global Education & Charitable Trust in Punjab, India, in partnership with the School of Nursing, University of British Columbia Okanagan, to provide international standard education to empower rural women. Kawal holds a master’s degree in English Literature and an Honours Bachelor’ degree in English. She studied at Capilano College and has attended several translation and Interpretation related workshops and conferences. 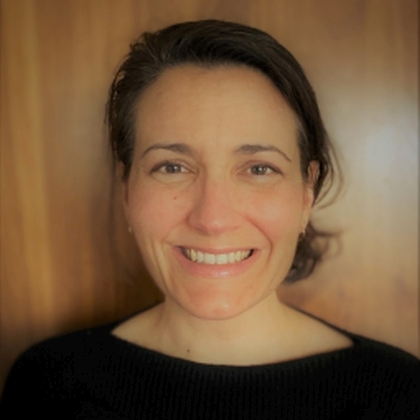 Show Bio
I have been a member of the ATIO for over ten years but my work experience as a translator spans 18 years. Initially as a lead translator and project manager for a translation agency in Burlington and subsequently as a freelance translator for the past 15 years. My clients come from a variety of sectors involved with supporting education, health, and vulnerable groups. I have therefore spent many years building and maintaining terminology databases related to these fields of activity with the help of CAT tools. I am particularly interested in the terminological pitfalls of machine translation and language impoverishment related to technology.

On the ATIO Board of Directors, most directors represent the professional category to which they belong: Translators, Conference, Court, Medical and Community Interpreters, as well as Terminologists.

In addition, there is a director position that represents professionals who work in foreign languages; that is languages that are not Canada’s two official languages, English and French. Although “Foreign Languages” is not a professional category in which a person can become a candidate for certification or become certified, it includes all professional categories, and having a specific voice on the Board representing those professionals is of great value to the ATIO Board and ATIO professionals.

The position was created at a time when a majority of members worked essentially with Canada’s official languages, and ATIO felt that those working out of and into non-official languages also needed to have their voice represented more intentionally on the ATIO Board.

The mandate of the Director of Foreign Languages is to:

Hence, if you are a Certified Member or a candidate for certification, in any language combination that includes a language other than French and English, in any of the professional categories, you are also represented by the Director of Foreign Languages.

We want to hear from you, discuss your working conditions and your concerns, the many advantages and privileges of being a certified member or a candidate for certification with ATIO, and we want to work together and develop this membership to achieve the highest quality standards and broadest recognition possible.